PPC Campaign Testing to Improve Conversions… Don’t Do It!

Did you read the heading of this post correctly?

Webrageous Studios is saying that sometimes there are reasons NOT to test your PPC Campaign.

At the risk of appearing a little bold, Webrageous Studios wants to highlight the fact that there are instances when PPC Managers should not be testing their PPC Campaigns for conversion improvements. There are moments and examples of PPC Campaigns that are simply not going to benefit from testing of any kind and therefore the time and energy put into these tests by the PPC Manager is simply put to waste.

But when exactly is it not a good idea to be testing a PPC Campaign?

There are a number of reasons that spring to mind, but the top three would have to be as follows: END_OF_DOCUMENT_TOKEN_TO_BE_REPLACED 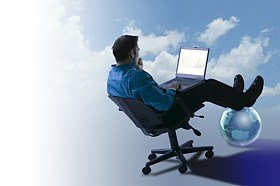 PPC Managers know that testing is one of the most important things in PPC Management. Without regular testing a campaign can never be improved and the PPC Advertiser’s money is being squandered unnecessarily.

There are many schools of thought and routes of advice concerning PPC Campaign Testing and sometimes the varying opinions available can be a little confusing and very unhelpful.

For this reason, this post outlines a short approach to PPC Campaign Testing that is an amalgamation of lots of different PPC Testing ideas in a quick and easy to follow format. END_OF_DOCUMENT_TOKEN_TO_BE_REPLACED

The Importance of PPC Management Testing

One of the most important things that a PPC Manager can learn to incorporate into his or her daily cycle as a PPC Manager is to test their campaign.

PPC Management Testing is by far one of the most important actions that a PPC Manager can take in order to improve the effects of a PPC Campaign and better their success as a PPC Management Provider.

If a PPC Manager regularly tests the quality of his or her campaign, he or she will never become complacent. One of the most important things to recognize about PPC Advertising is that the job is never done. END_OF_DOCUMENT_TOKEN_TO_BE_REPLACED