Few things are more frustrating than spending a small fortune on a PPC campaign only to have it sputter and die. If this is happening to you, don’t panic or overreact. Often, there are steps you can take to turn the campaign around and start seeing a better return on your investment. Read on to learn about real-life campaigns that came back from the brink—and the specific steps that revived them. 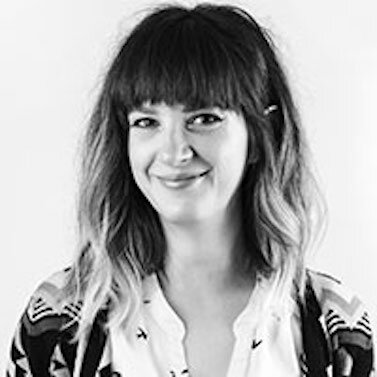 I did have a failing PPC campaign. It rarely had any ad impressions even though the keywords had good search volume. There were about 5 or so different ad groups set up, and they all housed around 10 search terms. They maybe averaged around 3 or 4 impressions a day. With some troubleshooting, we were able to find a few reasons as to why our ads were not showing.

The first issue was that we had conflicting search terms in different ad groups. The search terms were not exactly the same, but due to the broad match modifier keyword type, both keywords could be triggered on the same types of searches. Google won’t know which ad to show when this happens, so they just won’t show any. By adding some negative keywords to each ad group, we were able to eliminate any issues with both ads being eligible to run for the same types of searches.

The second issue was the bid strategy that was set up. It was on a “optimize for conversions” strategy. Normally this would be fine, but Google does need to have some previous conversion data before they can start running the campaign for you. If you don’t have the data, Google won’t know when the best times are to run your ads. So changing the bidding strategy to manual bidding allows us to gather some conversion data before we switch it over to an automated bidding strategy.

With both of these fixes in place, we were able to see our ad impressions really start to pick up, which finally started leading us to some conversions. Once we had a fair amount of conversion data, we switched over to an automated bidding strategy, which helped to improve our conversion rate. 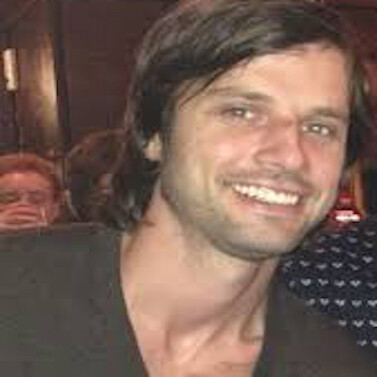 Brett Downes is a new business owner with a decade of experience in agency and in-house SEO and PPC at harohelpers.com.

We were so focused on increasing the impressions and click-through rate of our Facebook ads, we neglected to look at the real problem until we had spent 10k of our budget.

The problem was our landing page; it was very hit and miss, like marmite if you will. It only gave information on one of our packages, whereas if someone wanted something different, there was no information on that, so they just bounced off. Our sales conversion rate was 0.2%.

Once we changed the landing page and added more packages and further reading options, we saw a much lower bounce rate, with the sales conversion average at 1.3%, a whole 1% higher more than the previous version.

We were so concerned that the FB ads weren’t working we failed to realize they were but we were funneling the majority of prospects down a blind alley. 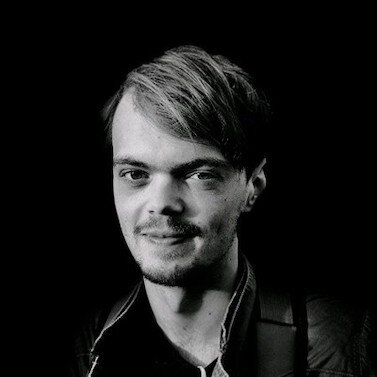 Abel Pruim loves everything search engine related, from advertising to optimization. He makes sure Chordify can be found in Google and the app store. With his 3+ years experience in search engine advertising, he knows all the ins and outs of Google advertising.

After everything had failed, I took a step back and asked myself the question: What does the user really want to find in an ad when they search for the query at a certain time of day on a mobile/ desktop or tablet?

I looked at how users used our product and what our competitors used as calls to actions and unique selling points. After analyzing everything, it became clear that we could do way more, so I created multiple advertising sets for each part of the day that would automatically turn on and off when a certain hour was reached. For example “Get product x for 12:00 today and receive it tomorrow.” When it was past 12:00, it would be “Get product x for 17:00 today and receive it within two days.”

The click-through rate and conversions skyrocketed, and we achieved our return on investment and growth goals easily. 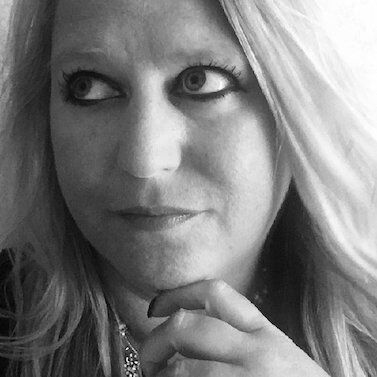 Angela Ash is an expert content writer, editor, and marketer, and she works with Flow SEO, founded by a well-known SEO specialist and female entrepreneur, Viola Eva.

Sometimes, a new ad campaign can be a bit of an experiment, and a strategy that has always worked in the past may not perform as well in certain environments. That’s why it’s extremely important to be fully prepared to pivot when necessary with a new backup strategy already devised.

Social media ad campaigns can be tricky at times, and what may work for one niche may not always be successful with another. Interaction on social media may seem to be the best way to draw attention to a news article, but what about actual clicks back to your site?

I noticed in a Facebook campaign that my post was drawing a lot of attention, but was it the right kind of attention? I immediately changed the demographics for the viewers who would see the campaign, paying more attention to employment and interests, rather than on the probability of engagement. I immediately saw that more viewers were clicking through to the actual article on my site, which heavily increased our traffic for the month.

My main takeaway is to take action when needed, rather than “wait it out.” A simple tweak can make all the difference. 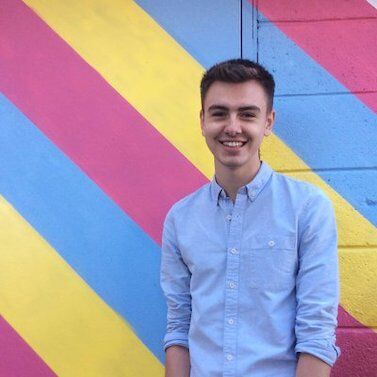 Ryan Scollon is an SEO & PPC freelancer helping small businesses succeed online. Ryan has worked in the industry for over 7 years now and has been featured on the likes of Search Engine Land, Moz & The Independent. Find him here: ryanscollon.co.uk.

I recently saved a failing paid ad campaign for a business that offers website support and maintenance. Things had been going really well for a few weeks so they decided to make some drastic changes to the landing pages which caused two major issues. The changes caused the conversion tracking to stop working and also tripled the loading time for the page, causing the bounce rate to shoot through the roof.

Strangely enough, they did not notice the impact initially so they presumed it was an issue with the campaign itself. After a quick audit, the issue was identified and was fixed with 24 hours. The conversion tracking was put back in place and the elements that were causing the slow load time were removed. 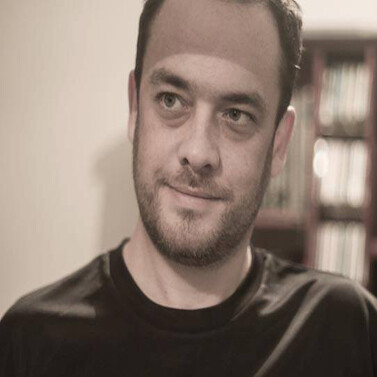 We were running Google Ads campaign, and the results were terrible. We noticed that the landing page was not good so we decided to do some CRO (conversion rate optimization) strategy by improving user experience on the landing page. 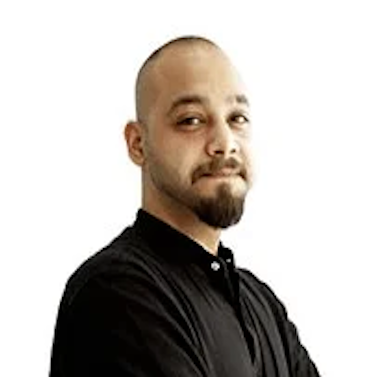 Shayan Fatani is a Digital Marketing Strategist at PureVPN who specializes in consumer behavior and loves to experiment with behavioral economics to drive decision making.

My very first campaign was turning out to be a disaster. The objective of the campaign was to convert 5,000 users. The problem was that though we generated leads, the prospects would not end up buying the product. The mistake I made was with segmentation. The content of the campaign was focused on those users who had already developed an interest in the brand; however, as I marketed to a mass audience, a high percentage included users on top of the funnel.

We decided to counter this by A/B testing and further niching down the target audience and breaking them into two segments. Both the segments were shown two varied content pieces as a part of the same campaign. The campaign was one month long, with the first 15 days having a completion rate of 27% and a completion rate of 83% after the changes by the end of 30 days. 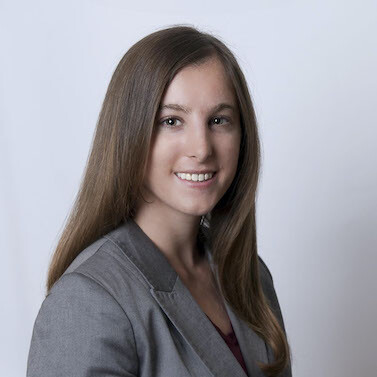 I worked at a company that had spent tens of thousands on a Google ad campaign that was not getting results. Looking at the campaign, I took it off of the automatic Google ad display network opt-in, re-did the campaign, ad group, and keyword structure, analyzed keyword data and added negative keywords, as well as took the best performing ads and started A/B testing them against new ads. These changes resulted in a 94% decrease in cost per conversion and turned the unsuccessful ad campaign around.

We have invested in paid Google search ads since we started our business. At the start, we found that the ad campaigns did not seem to be very successful. After lengthy investigation and analysis, we determined that the problem lay in the lack of targeting. In particular, we were paying for ads to be shown and clicked on by searchers who, given their search query, were unlikely to want to purchase our products.

To resolve this, we developed a series of interlocking ad campaigns with different targets and bid maximums. As a result, our campaign automatically bids higher for keywords where the searcher is likely to be a buyer, but lower for those that are unlikely to be buyers.

It took a lot of time, trial and error, as well as investment in obtaining the data needed to make the right decisions (which can only be done by running ads and seeing what works and what does not work), but it has paid dividends in the long run.

The Most Powerful Google Ads Metrics for 2020

How to Choose the Right PPC Agency for Your Law Firm

Attorneys, How Has COVID-19 Impacted Your Business?Common Google Ads Automated Bidding Mistakes and How to Prevent Them

Webrageous > Blog > Did you rescue your failing paid ad campaign? Tell us about your success story.