Be a Jedi Knight, Learn the Force Behind Google AdWords Pay Per Click

Be a Jedi Knight, Learn the Force Behind Google AdWords Pay Per Click 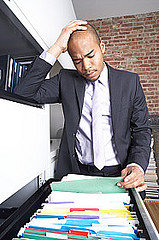 If Yoda were your Jedi trainer, who would he be and what would he say?

The following is a list of Jedi Knight Pay Per Click Errors that are very common amongst New Pay Per Click Advertisers. Learn from the experts and avoid making the following mistakes in your own Google AdWords Campaigns from today… Strong is The Force that is with you, my Pay Per Click friends, it is…

Lack of Pay Per Click Goals
If you do not set goals, whatever they might be, and then you do not check the progress of those goals and give yourself a time limit by which those goals should be met, your Pay Per Click Campaigns could continue for years without any kind of focus.

A Jedi Knight only ever feels as though he is being useful and achieving something if he is given a quest; a task to complete. If you don’t give yourself and your Campaign a task to complete, you can never move forwards and you will never be able to evaluate the efforts put into your campaigns.

Some of the best Advice that any new Google AdWords Advertiser could hope to follow well would be to set targets and goals. Choose something which is important to you and your business needs, such as 10 new contacts signing up to your newsletter every month or 25 potential client telephone calls every month thanks to click-to-call advertisements.

The young Anakin Skywalker had a fascination for becoming a Jedi Knight too quickly. He wanted responsibility, he wanted lots of people to see that he was being useful and that he was protecting those under his charge too early. He was an attention seeker and a Pay Per Click Advertiser who blindly focuses on Traffic Increase is an attention seeker too.

Traffic Increase without Conversion Increase is simply worthless. It will suck away at the power and budget of your advertising campaign and send you over to the Pay Per Click Dark Side where no potential online customer ever wants to go.

Focus on conversions and not on traffic.

Lack of Attention to Match Types
Does a new Pay Per Click Advertiser really understand the way in which match types actually work? Probably not. It takes time to understand the intricacies of keyword match types, but some of the most common errors occur thanks to lack of knowledge concerning broad match types.

For example, if you are selling dinner plates and you bid on the broad match keyword “dinner plates,” Google AdWords might allow the advertisement to be shown when someone enters the phrase “side plates” or “dinner dishes” both of which you might not sell.

Broad match keywords that are not optimized and selected carefully are to Pay Per Click Advertising what Anakin Skywalker was to The Force. Anakin Skywalker was managed poorly and eventually became Darth Vader, worshipper of The Dark Side and from that moment on the universe was always in danger of being destroyed.

If your broad match keywords are not managed properly they have the potential to turn your Pay Per Click Campaign over to The Google AdWords Dark Side and destroy any hope you ever had of online advertising success in the swipe of a light saber.

Running Search and Display Campaigns as Identical Twins
Paid Search Campaigns and Display Network Campaigns via Google AdWords are two very different forms of Pay Per Click Advertising. The best Pay Per Click Advice for a new Google AdWords Advertiser to follow would be to keep those campaigns separate. Treat them as two completely different entities, as that is what they are, from the moment you create them.

Princess Leia and Luke Skywalker were twins at birth, but for the universe to remain safe and for The Force to remain strong, they had to be kept separate. Paid Search Campaigns have a different destiny and purpose to that of Display Network Campaigns. Raise them that way and you should see some very positive results from your efforts.

Oedipal Fascination for the Mother (ah, sorry!) Home Page
Advertisers new to Google AdWords tend to focus a lot of their attention on the Home Page and unnecessarily so too. If you drive all your traffic to the same place, your online presence is going to suffer. It doesn’t create positive data when all your traffic is sent to the same place and in general you should be sending people to pages more specific than your Home Page. This avoids forcing internet users to search for the specific information they desire by themselves.

Did Anakin Skywalker have an unhealthy, Oedipal-type fascination for his mother? Is that what forced him into slaughtering of a tribe of men, women and children at the hand of his sacred light saber? Did those actions send him, irretrievably, into The Dark Side? Maybe.

Keep your Pay Per Click Campaign in the light. Avoid that initial urge to simply send everything home to the mother ship. Vary the destinations of your internal links and the URL choices on your Advertisements and build a healthier, happier PPC Campaign that powers itself from the good-natured side of The Google Force.

Lack of Testing
The biggest error that new Advertisers make, lies in their lack of testing.

The are lots of Pay Per Click Tools and Features, many of them available for free and some of them developed by Google themselves, which are designed to help all Pay Per Click Advertisers manage their Google AdWords Campaigns with success. A huge percentage of these tools and features focus on testing.

A Jedi Knight must go through a serious of tests before they are set loose on the world and if they are not tested enough, disaster strikes. Darth Vader was the product of a lack of testing. Do you really want your own personal Death Star to begin developing inside your Google AdWords Pay Per Click Campaign? Of course not!

So, when you have ideas that you want to put into your Pay Per Click Campaign, test the effects of these ideas before you push the “go” button and do your research well first. If you need help looking into the kinds of Pay Per Click Tools and Features available for Google AdWords Testing, contact Webrageous Studios and allow us to give you a few inside tips that we know will be useful to you.

Good luck with your very first Pay Per Click Campaign and remember, beside you The Webrageous Force always will be, it will.