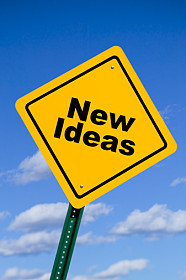 Webrageous Studios is now offering its own version of the Google AdWords Phone Tracking service for all its Google AdWords PPC Clients and this article explains what this service is, how it works, how much it costs and who it is available to. If we don’t manage to cover everything here, remember that you can contact Webrageous Studios at any time in order to go through things in a little more detail.

Its personalized Google AdWords Phone Tracking is the most recent service added to the many services that Webrageous Studios offers to its Clients and it is one of the most useful services to date without a doubt.

How does the Webrageous Version of the Google AdWords Phone Tracking work?
The process, although incredibly high-tech, is very simple for the Advertiser and account manager to implement. All the difficult, technical work has been already done by Google and what we are left with is a very workable Tool for day to day analysis and optimization purposes.

The destination URL used in the ad firstly links to the elected landing page on the company’s website. As the internet user is directed to that particular landing page, a small variable is passed through at the same time. This variable changes the phone number highlighted on the website to a unique phone number, even a toll-free number if the Advertiser should so wish, and when the PPC Advertiser receives a phone call from someone using this number they will hear a short tone the moment that they pick up the phone.

How much does the Webrageous Version of the Google AdWords Phone Tracking Cost?
The unique number that interested clients will call thanks to the variable passed through to the destination URL is completely free to Webrageous Studios Clients. Webrageous Studios will cover the entire cost of this extra telephone service from the moment you begin to use the service.

There are no other expenses for the Advertiser to take into account if wanting to utilize our personalized Google AdWords Phone Tracking feature.

Extra Information about our Personalized Google AdWords Phone Tracking feature
A useful element to the phone tracking feature is that all calls can be recorded and the Advertiser can be sent an immediate e-mail indicating the caller ID information of the person who just called too. This kind of information could prove to be vital in terms of making adjustments to the geographical focus of your AdWords Campaign, providing yet further ways to improve the way in which your advertising budget is spent.

And that’s all folks! Our personalized Google AdWords Phone Tracking feature really is that useful and that easy/inexpensive to run. For immediate inquiry into the possibility of using this feature as part of your Advertising Campaign today, contact Webrageous Studios directly.