Since Pay Per Click Advertising has become recognized as one of the quickest, easiest and most successful forms of online advertising, it is only natural that Pay Per Click Fraud would also spike.

According to online ad-tracking firm Click Forensics, fraudulent clicks on legitimate online advertisements rose to 22.3% in the third quarter of last year, up from 14.4% in the previous quarter. 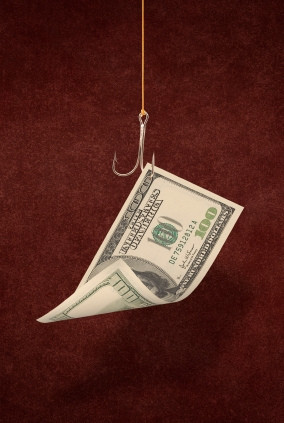 There is fear that Click Fraud is eroding the credibility of Internet-based advertising. Even more worrying to most advertisers is the fact that 20% of the amount a company spends on Pay Per Click Advertising could be going down the drain thanks to fraudulent activity.

A lot of this fear is generated by a swarm of recent media attention, which has hyped up the problem into one of the latest online epidemics.

But is the problem as great as it is believed to be? Pay Per Click consultants Webrageous Studios has found that Click Fraud is actually very infrequent and tends to appear in large accounts every few years. But because such a close eye is kept on its accounts, Invalid Clicks are able to be stopped as soon as they have begun.

Certainly without any monitoring of Invalid Clicks, you could be spending on clicks that aren’t benefiting your company. But this can be traced very easily as a huge spike in clicks will normally appear for one keyword and the cost per conversion will increase dramatically.

One of the biggest problems with Pay Per Click Fraud is that most companies that receive Invalid Clicks will only get a few fraudulent clicks from either competitors or publishers. This won’t be a big enough problem for the search engines to pick up. Which is why it is best to have a Pay Per Click Advertising expert manage your account to carefully check for these changes. Find out why in this in-depth look at Pay Per Click Fraud.

It is when all of these Invalid Clicks are added up across hundreds of Pay Per Click Advertising accounts that the numbers creating media attention begin to emerge. Hence the need for help that goes above and beyond the already very sophisticated tools of the search engines.

Click Fraud can come in the form of an owner of a small website clicking on advertisements on its site to generate revenue. Or it can be large-scale fraud where automated scripts simulate a user clicking on Pay Per Click Advertisements.

With those generated by smaller websites, the number of clicks is often so small that the fraud can go unnoticed. With these types of Click Fraud, clicks that come from an IP address that belongs to a publisher or large numbers of clicks coming from just one source or geographic area look very suspicious and are more easily detected.

While there are numerous sources of Fraudulent Clicks, the majority of Click Fraud comes from either competitors or publishers of the company or website in question.

The goal of competitors in initiating Pay Per Click Fraud tends to be in order to blow out an advertiser’s budget in order to increase the success of their own advertising campaigns by forcing their competition to lower their keyword bids or drop out altogether.