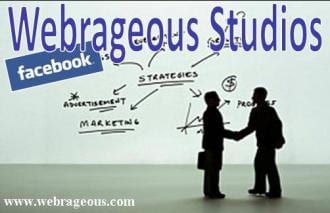 For businesses, there is both a fierce attraction and an intense fear of selling social media. While it is a cost-effective but powerful way to connect with customers, both new and established, it is also seen as a medium with very little control and with a level of immediacy that is not as compatible with corporate hierarchy, even for medium-sized businesses.

For businesses accustomed to press releases and ad campaigns, selling social media can be a frightening thing. However, with the risk comes the potential for great rewards and many businesses that have seized these opportunities have done very well.

Selling Social Media: Who Did It Right?

Here are ten great examples of businesses that banked on the benefits of selling social media and had their efforts pay off in a big way.

Naked Pizza is a small pizza takeout and delivery shop in New Orleans that features healthier pizza alternatives. In 2009, the company made the leap into Twitter and started aggressively promoting via this channel. This made the increase sales by 15% and set a new store record the following month. Best of all, 90% of the increase in sales came from new customers! Twitter became such a powerful driving force that Naked Pizza changed their signage from boards touting their phone number to ones highlighting their Twitter account.

Naked Pizza has since enforced a massive expansion throughout the Gulf Coast region, something that may not have been possible if they were not efficient in selling social media.

2. Netflix Proves the Power of Contests

One of the amazing things about selling social media is the fact that if you strike the right spark, you don’t have to do much to get the fire going. Netflix, in a constant struggle to improve its recommendation system, offered a contest with a $1 million prize to the team that could improve their system the most. The use of social media and social news sites made the contest spread like wildfire, eventually drawing in teams from all over the world.

3. Ikea Mixes Facebook and Traditional Advertising to Get Foot Traffic

Furniture chain Ikea, in a bid to promote a new store opening in Sweden, launched a Facebook campaign that encouraged people to follow an account created for the store’s manager. Then, as product photos were published on that account, the first follower to tag themselves on an item would get it for free.

The result was a powerful campaign that spread quickly over Facebook and spawned a viral video/commercial that was viewed hundreds of thousands of times, a true testament of how fast things progress when you’re effectively selling social media.

Best of all, the store’s opening was a resounding success.

Moonfruit, a British Web service that lets users design professional-looking sites easily, held a contest in 2009 where it gave away 10 Macbook Pros, one for each day of the contest, to anyone who tweeted using the #moonfruit hashtag.

The results were staggering. Moonfruit gained nearly 44,000 new followers on Twitter, saw a 600% increase in site traffic, a 100% increase in signups, and the tag became a trending term on Twitter, placing the name in front of millions of visitors. All for a campaign concentrated on selling social media that cost about $13,500.

Selling social media does not just mean promoting to potential customers, but reaching out to existing customers as well. As of 2009, Comcast, through its “ComcastCares” Twitter account, has handled some 22,000 complaints and gripes from customers, defusing many potential social media disasters before they could begin.

This level of personal, yet public, attention has helped keep thousands of Comcast customers happy during difficult times, possibly keeping them from switching to a new carrier.

In late 2008, Ford found itself in the middle of a PR firestorm. Having filed a cease and desist letter with the owners of a Ford Ranger forum, one which Ford alleges was not only using the Ranger trademark but also selling counterfeit goods, the notice was posted on the site and went viral, portraying Ford as a bully.

Ford quickly took to social media, including forums, Twitter and Facebook. Not only were they able to respond directly to the accusations and get their side of the story out to the public, but they were able to resolve the dispute to everyone’s satisfaction.

As a result of Ford’s social media efforts, the story was effectively “squashed” within 20 hours. Sparing the company a very public embarrassment.

Google, despite being the largest search engine and a multi-billion dollar company, has largely abandoned the traditional press release. Instead, most of Google’s announcements and releases come from their official blog or from the official blog for their relevant service.

Blog posts, generally, work the same way as press releases but can also reach out directly to customers, instead of press middlemen, and ensures anyone with interest can access them. Through the smart use of its blog as a part of selling social media, Google has received so much favorable press coverage and has been able to cultivate a general feeling of good will, even as it grows larger.

A highly entertaining video is almost irresistible  online and is the best medium you can use in selling social media. This was proven when AllState realized that it had a hit with its “Mayhem” commercial line and put them onto YouTube. Many of the commercials currently have over 750,000 views. All totaled, their uploads have been viewed nearly 13 million times, putting it well above many of the most popular shows on television.

Best of all, these are people actively viewing the message instead of going through the usual route of going to the bathroom during commercials.

In 2009, LIVESTRONG became one of the few charity organizations to appoint a full-time person in charge of social media. Today, the company now gets some 60% of its traffic from social media, mostly Twitter.

Much of the growth of their Twitter accounts came from a series of challenges where donations were offered for new followers, causing a storm of attention to form on Twitter.

As a result of its social media efforts, LIVESTRONG has been able to exceed all of its fundraising goals in recent years, despite the down economy.

Social media isn’t just about Facebook and Twitter. For example, Kohl’s, when they wanted to reach out to mothers, used the niche site Cafemom and gave key users of the site $250 gift cards with a request that each of them “explore her personal color” and blog about their experience.

The results were significant as moms who were exposed to the campaign, even if they didn’t participate, showed much greater awareness of Kohl’s offerings and a greater likelihood to buy.

All in all, social media is nothing more than a tool that your company can use. However, while it can be dangerous, it is also versatile and very powerful. Social media is used for everything from customer retention, public relations, advertising, recruiting and even product research/improvement.

In short, social media is whatever you make out of it but, no matter what, the potential is simply too great to ignore. This is why it’s important for those who know the secrets that come with selling social media to get their clients and their companies on board as soon as possible.

Otherwise, they risk being left behind.

This guest post is written by Lior Levine, a marketing adviser for a shipment company that specializes in inspection services in China.