AdWords individual device bidding: what is going to change and how to get prepared 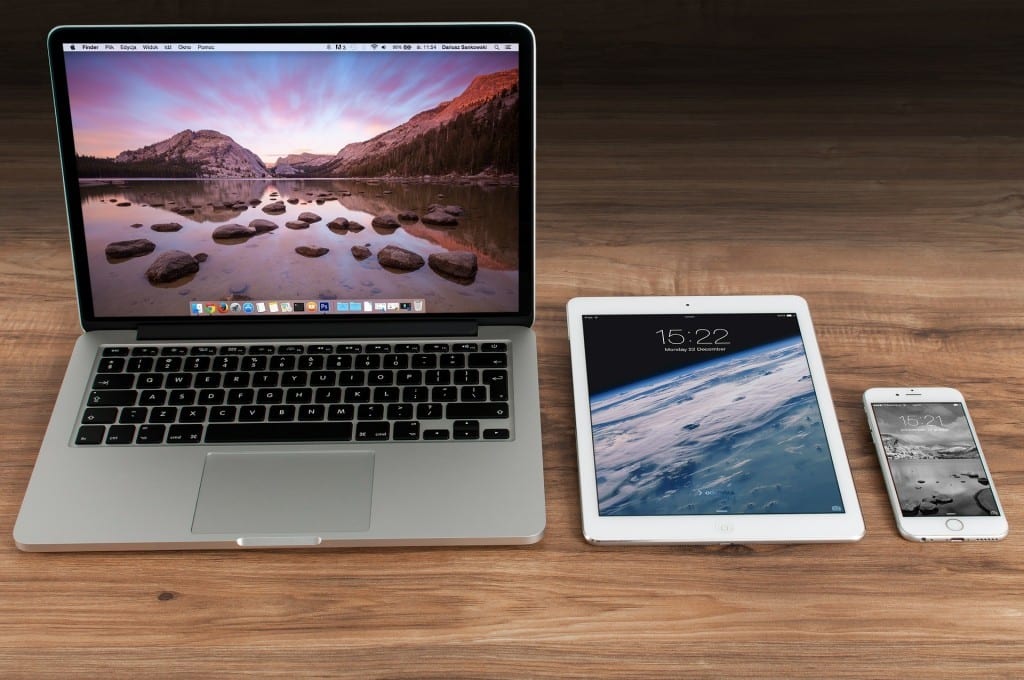 Another change announced by Google during their May performance summit was individual device bid adjustments. Although this change is not as big as the new expanded text ads, you definitely need to start thinking about it and how you are going to assess and set bids on each device.

So forget everything you learned about enhanced campaigns, Google will roll out the possibility to bid on each device individually in a few months.

What is changing with individual device bidding?

Flashback to 2013 when Google launched enhanced campaigns on AdWords. While until then advertisers were creating separate campaigns for each device, with enhanced campaigns Google asked advertisers to stop creating different campaigns for each device and to create a single campaign for all devices, setting a base desktop bid, and offering them the possibility to set a bid multiplier (a positive or negative percentage of your base desktop bid) on mobiles. But only on mobiles… So the big problem that advertisers have faced since is the impossibility to set any bid at all on tablets, being unable to either bid more aggressively on tablets or either opt out of those devices for good.

Google must have heard the advertisers’ complaints as they will now be offering individual device bidding. Basically it will work as enhanced campaigns, except that now:

What are the benefits of this change for advertisers?

The main benefit is that advertisers will now be able to bid separately on tablets, with the bids on those devices no longer joined to desktops. This is a huge change. You will be able to properly analyze the traffic and performance on tablets and you will then be able to decide to opt out completely of tablets should this be the right decision for you.

As stated above you will also be able to set your base bid on the device of your choice. It might be a huge change for businesses that get most of their traffic on mobiles (as it had been predicted, mobile searches have now overtaken desktop searches).

Once again Google didn’t decide to make this change happen now for no reason, and of course this is happening in today’s mobile-first world.

With this change advertisers will be able to create more tailored and relevant ads that will reach different customers, and that should naturally increase their CTR.

When will this change happen?

Google didn’t communicate any exact date yet, just stating “in the coming months”. That’s why we advise you to already collect all the information of your customers’ behavior and your campaigns’ performance on tablets, and we will keep you updated when more information is given.

How to get prepared for the change?

Getting prepared for the change will be the tricky part.

I am sure most advertisers won’t have any problem setting their bids on mobiles and desktops, and I would advise most of you to set the base bid on mobiles as for the first time mobile searches have now overtaken desktop searches (except if your website is not mobile friendly yet, but in that case I would strongly advise you to forget about individual device bidding for now and to seriously only focus on getting your website mobile ready asap).

But what about setting bids on tablets? Since enhanced campaigns launch in 2013, we have been leaving tablets aside as we didn’t have any other choice. So what now?

We know for sure that users’ behavior on tablets is way different than on desktops, just the way users use their mobiles differently than their computers. In fact tablets probably stand in between mobiles and desktops, like a hybrid device. Think about your own usage. When, where and under circumstances would you use one device instead of another? For my part, I only perform searches on my desktop when I am at work on a break, or at evening times or weekends when my PC is turned on and I am really looking for something (probably more about to buy something or book a holiday for example), so I can take advantage of a big screen. The rest of the times, whether if it is to just check my mail or find a quick information, I would generally use my mobile because I would be on the go (on my way to work, enjoying some time out…). No wonder mobiles are overtaking desktops, it is the ultimate on the go device! I do own a tablet, but to be honest I really use it on very specific occasions, it is the device that I would bring on holidays for example along with my mobile, to be able to have a larger screen, watch videos, take pictures, without having to bring my PC. The rest of the time, my tablet just stands in my sitting room, and I might use it to look at something quickly if my computer is turned off and I want to check something on a larger screen than my phone.

So besides assuming that most users will probably use their tablets more in the evening times when watching TV for example or lying in bed before turning the light off or first thing in the morning before getting up (while I do believe that some users also use them on the go if they have a long distance to commute for example), what information can we turn to in order to have a glimpse of how users search on tablets and to know how to bid on those devices?

Although enhanced campaigns didn’t allow advertisers to set separate bids on tablets, AdWords still at least shows statistics on how users do behave on each separate device: computers, mobiles and tablets. If you go in your AdWords account, select all campaigns level on the left sidebar (but you can also select one campaign if you want to have an insight on the behaviour by device on a specific campaign), go to the settings tab and then select devices, you will have a glimpse of the performance split by computers, mobiles and tablets: 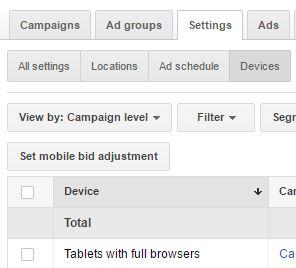 You can then customize the columns to select the data you want to include, and then download that report. Once that report is downloaded, you can filter by device and see how the CTR, CPC’s, conversions… change on each device.

I set a 30 days frame and downloaded the following report for one account as an example: 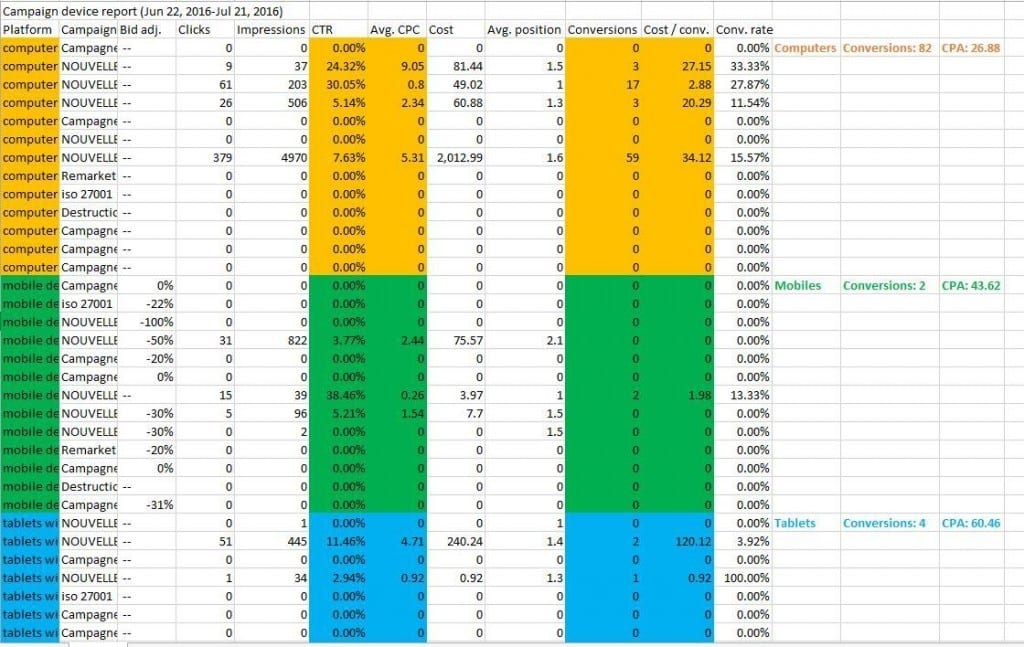 As you can see and this is no surprise here, the performance is different for each device. The largest numbers of conversions happen on computers, with the lowest CPA, while mobiles and tablets don’t bring a lot of conversions and have the highest CPA. However the position is good on tablets, and average CPC’s lower than on desktops. That’s the good news about it, just as on mobiles, CPC’s are lower on tablets so even if the devices don’t bring you a lot of conversions, at least they won’t spend all your advertising budget.

However, the performance above is just an example and if it does make sense that this account performs better on computers, don’t forget that we are in the mobile era, so I am sure plenty of accounts will see good traffic and performance coming from tablets. The important thing to do is to evaluate that traffic so that once the new individual device bidding is available, you are ready to set your bids and take full advantage of this new feature. So don’t waste time and start analyzing your performance by device now!