With new expanded ads being live in AdWords accounts since 26th July, I decided now is a good time two months after to start analyzing results and see how they perform.

Several people have tried to analyze the performance of expanded ads at an early stage (only a few weeks after the new format was released), struggling to find clear tendencies and common ground. I thought maybe this lack of uniformity was due to early analysis and not enough reliable statistics.

So I decided to give it a go myself and have a look at the data for the last 2 months from various accounts covering different industries, hoping to be able to find some common ground. And I have to admit that was no easy task.

As advised I created new expanded ads in all those accounts as early as possible, letting them run along old ads to see how they perform in comparison.

The first feeling I had generally speaking before starting my in-depth analysis was that new expanded ads were performing quite well with a higher CTR. I even ended up pausing old ads on a particular account as the old ads were bringing the CTR down: 0.20% CTR on old ads compared to 1.33% on new expanded ads!

But when I started digging out deeper, although I had the feeling that on some accounts the new expanded ads were shown slightly more than old ads, I realized that for a particular account (the one I mentioned above, which is the account of a company selling collectible legos figures) it was the opposite way around: 43756 impressions and 581 clicks on expanded ads and 87346 impressions (with impressions particularly increased on old ads for exact and phrase ad groups compared to broad) with only 179 clicks on old ads!

See impressions screenshots for one ad group in this account between new ETA and old ads:

When I analyzed that account even further I also realized that the position on new expanded ads was lower than on old ads, with a similar CPC. So in the end in that account expanded ads were working better bringing more clicks with lower impressions and lower position. I have to say this account was quite a particular case as I haven’t noticed so much difference in impressions (from single to double!) between expanded ads and old ads in any other account.

When I encountered the first discrepancies between accounts, I decided to look at comparable statistics, splitting by brand/non brand, ad groups, and even match type (I usually create one ad group for each match type).

No common ground for branding

I analyzed the first branding campaign on a waste management company account and noticed that for brand terms, old ads seemed to perform slightly better (25% CTR on old ads compared to 23.03% on new ETA) – except for broad ad group where old ads were not shown at all. The positions were the same for old ads and new ETA and when I looked at the average CPC it seemed to be lower for new ETA in exact ad group, but then for the phrase ad group the tendency was the other way around.

So I had a look at another branding campaign for a company selling this time irrigation products. And I realized that the tendency I had noticed in the previous account for branding was the exact way around in this new account and that the CTR seemed to be higher on new expanded ads (with a higher position) than on old ones (18.21% CTR on new ETA compared to 11.88% on old ads). So I decided to go deeper and analyze this branding campaign by match type and although it was true that CTR was higher on new expanded ads in broad and phrase, the CTR was higher on old ads for exact ad group.

See performance screenshots for one broad ad group in this account between new ETA and old ads:

The only tendency that seems to appear in branding campaigns is the following:

No clear tendency for non-branding

I then decided to have a closer look at non-branding campaigns and see if I could find a tendency there.

When it came to non-branding it seemed expanded ads had generally speaking more impressions than old ones, with a higher CTR. But then again there was this particular account (collectible legos figures) were impressions were doubled on old ads, especially on exact and phrase ad groups (not so noticeable on broad ad group).

I decided to have a look at non-branding campaigns for an adventure travel company: impressions were always higher on new ads, with a CTR here clearly always better (on broad, phrase and exact ad groups) on new expanded ads (up to 6% higher!).

See performance screenshots in this account between new ETA and old ads: 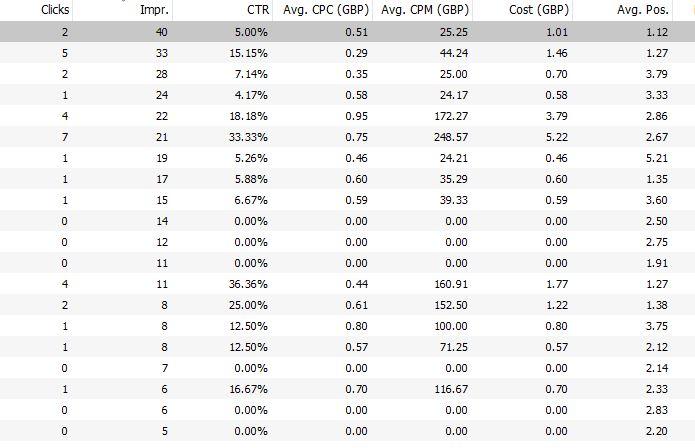 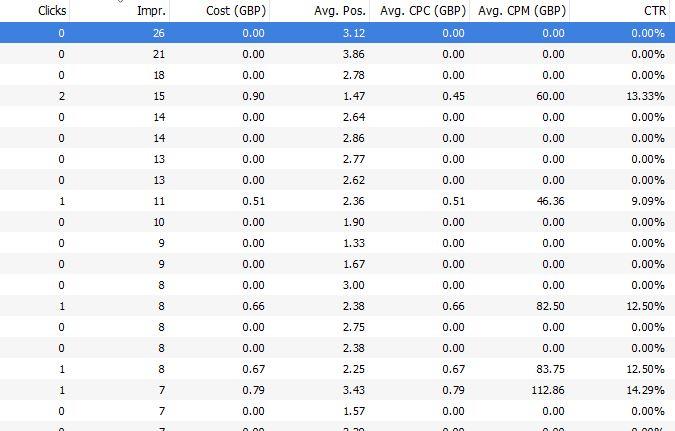 After analyzing this 2 month data, I have to accept a fact: it is really hard to find a common ground in expanded text ads performance. Some branding campaigns might have a lower CTR on new ads, some others won’t. While it is true that ETA will perform at a lower CPC than old ads on some ad groups, it might be the other way around for other ad groups. New ETA might have a higher CTR on exact for some products, and a lower one on broad. Position might sometimes be better on new expanded ads…or not.

There is no clear tendency and it is all relative to each single account.

Maybe it is still early to try and analyze new expanded ads, and more than likely their performance will change again as more and more advertisers start using them and certainly when Google will get rid of old ads forever.

What I do recommend is that you perform your own analysis, but don’t forget to segment by branding/non branding, match types, ad groups etc as new ETA might perform very differently for each segment. And if you notice as I did that for some accounts new ETA already perform way better than old ones, don’t wait to pause old ads and do that now. The most important thing right now is to monitor performance and if you see a sudden decrease in performance after implementing ETA go deeper in your account and try and find out what is working or not. As always in PPC it is all about testing, testing and testing again.

Some good news to end

The good news is that Google might have heard the complaint of several account managers that were probably struggling to create a high amount of new expanded text ads, as they extended the transition period during which you can still create and edit old format ads. The initial deadline of 26th October has now been extended to 31st January 2017, so that advertisers have 3 more months to create expanded text ads and test them along old ones.